Bitcoin Cash Making Its Upside Move, Bound Between $250 and $380 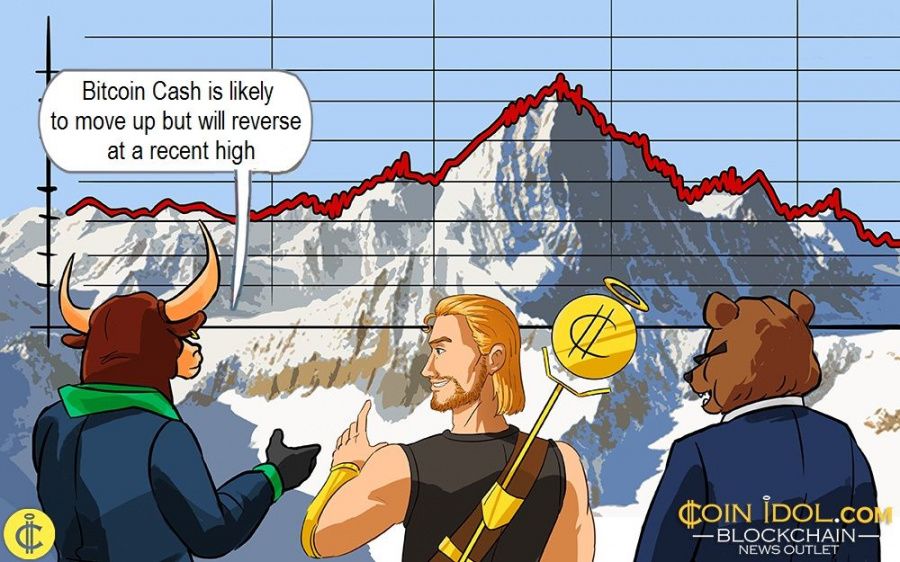 Following the most dramatical price up move of Bitcoin, Bitcoin Cash (BCH) has taken its upside move and reaches $306 on January 3, 2021.

Since November 24, BCH has ranged between $250 and $380 price levels. Each time the bulls retest the $380 overhead resistance; BCH will fall and resume a sideways move within the price range. On December 28, BCH retested the $380 overhead resistance and was resisted. The price fell below the $360 support, and a further downward movement is expected. This has been the price action for over one month.

Bitcoin Cash is at level 57 of the Relative Strength Index period 14. The coin is in the uptrend zone and above the centerline 50. The price is falling and a break below the SMAs will compel the coin to further depreciate to the lower price range. 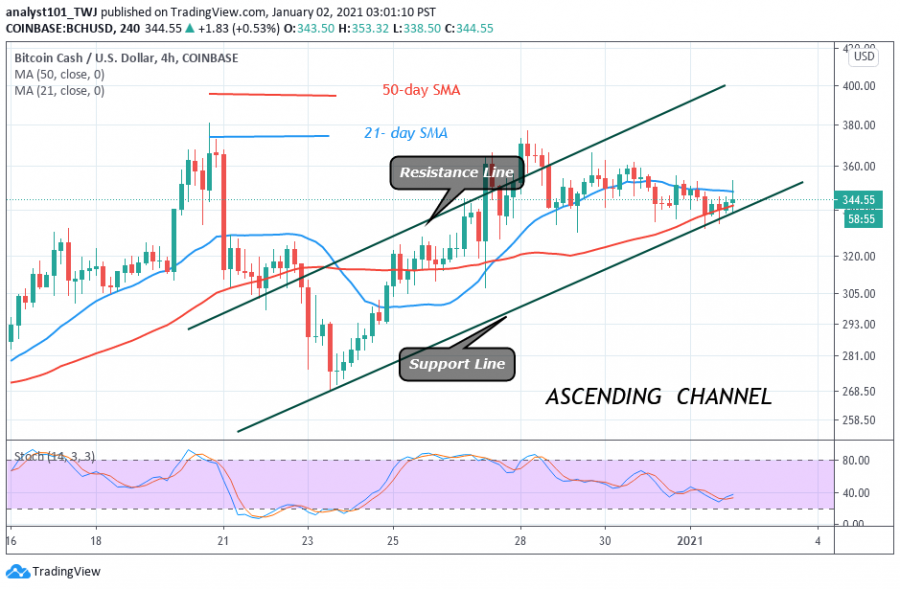 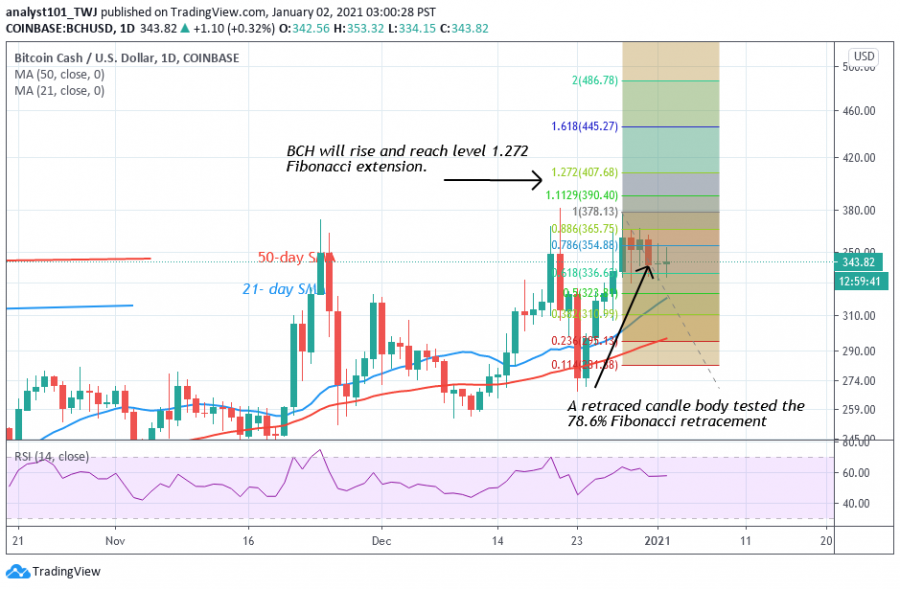