The End of an Era: Are ICOs the Next Stage of Evolution in Venture Capital? 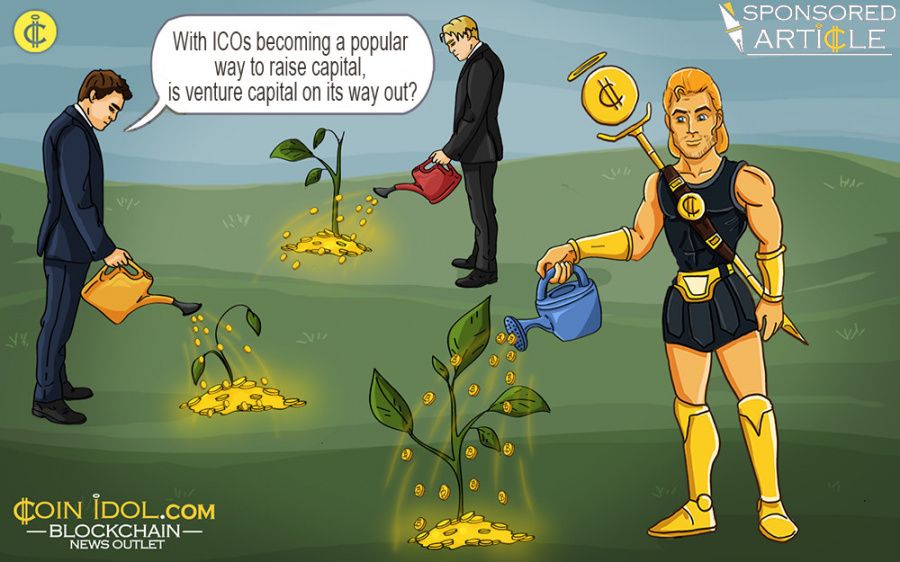 For startups, venture capital has, for so long, been the ideal way of raising capital, especially at growth stages and when a company intends to expand to areas outside of its home market. However, venture capital does have its disadvantages, particularly the dilution of owner’s equity. With token-based crowdfunding becoming a popular way to raise capital, is venture capital on its way out?

In 2016, 64 major initial coin offerings (ICOs) were launched, raising a total of $103 million. This does not include smaller coinsales that may have been launched in private or to the public. This year, ICOs have raised at least $1.3 billion so far, with the figure growing as the days go by. This year's record breaker so far is Tezos, which raised $232 million – far greater than all of 2016's coinsales combined.

Crowdfunding is not a particularly new thing. Campaign sites like Kickstarter, GoFundMe, and Indiegogo have proven to be a viable means for startups and small businesses to raise funding to develop their products. In light of the recent boom in blockchain-powered startups and services, the initial coin offering or ICO has now become the preferred way of raising capital to support development and expansion.

The question at this time is whether it's a good alternative to venture capital and if it is sustainable.

Venture capital can potentially boost growth, but what are the limitations?

"Vulture capital is one nickname that startups have for VCs, and for good reason. Through complicated term sheets and contracts, venture capital firms would invest money into a startup but at the expense of equity dilution.

VCs are, after all, banking on a startup to skyrocket in valuation, its own holdings skyrocketing along the way. In addition, having equity in a company usually gives a VC a seat on the board of directors, as well as voting rights when it comes to making strategic decisions.

"Founders start out with 100% of the company and every time they raise capital and/or issue stock and options to their management team, that number goes down," writes Fred Wilson at AVC.

The main disadvantage involves ceding some part of a founder's ownership to VCs – and even to management teams that investors will hire down the line. It can get complicated when the company takes on new venture funding and the capitalization table is adjusted further. The more money you take from investors, the bigger share they will get from your company.

"In my experience, it will generally take three to four rounds of equity capital to finance the business and 20-25% of the company to recruit and retain a management team. That will typically leave the founder/founder team with 10-20% of the business when it's all said and done.”

In most cases, it's not just the startup founders who are affected. Employees who also have ESOPs, or Employee Share Ownership Plans, will also experience dilution of their stakes in the company.

It is not all that bad, however. Having venture funding infused into a company can significantly increase valuation, thereby also potentially increasing the shareholding value of the founders.

In addition, venture capital does come with its non-monetary perks. For one, venture capitalists are mostly experienced entrepreneurs and investors who have industry knowledge and connections. A VC can improve a company’s standing the its respective ecosystem, often bridging the gap between an otherwise unknown startup to potential clients and partners.

Then there is also the aspect of mentorship. Prior experience in similar or related industries can afford a founder better insights and thus better decisions.

Not all startups are interested in venture funding, however. Peter McClory, CEO at blockchain-based messaging startup Obsidian, says his company's product is "still being developed on a relatively small scale," and thus venture funding might not be the right option at the moment. "Nevertheless we know funding is what makes things possible, especially when you have large competitors. This is what our current crowdsale enables us to do.”

The company, which has its ongoing ICO to raise funds to build on its Obsidian Messenger platform, has so far raised an equivalent of 677 BTC or $2.82 million.“We will be exploring venture capital and strategic partnerships but we are hardly at the beginning there," McClory shares.

Even venture capital firms are investing in ICOs, given the liquidity and scale advantages. Richard Kastelein, writes at HBR:

"Rather than tying up vast amounts of funds in a unicorn startup and waiting for the long play — an IPO or an acquisition — investors can see gains more quickly, and can pull profits out more easily, via ICOs.”

Kastelein adds, however, that many investors are not too comfortable with the regulatory uncertainty, potential over-capitalization, lack of controls, and even the potential for fraud. He echoes most investors in saying, “ICOs are the Wild West of financing.” It is, after all, unregulated. The upside is that ICOs are open globally, and given the nature of blockchains as decentralized and distributed ledgers, there is no single entity that can govern or regulate coinsales.

There is much promise for this mode of raising capital, compared to traditional means like venture capital or even an IPO. Kastelein himself says that ICOs “allow startups to raise funds without having equity stakeholders breathing down their necks on spending, prioritizing financial returns over the general good of the product or service itself.”

The important thing to note when investing in ICOs is due diligence. It's normal in the startup ecosystem for businesses to fail – in fact, only 10% is said to succeed. It is the same with ICOs. Entrepreneur and technologist Andreas M. Antonopoulos, speaking at the Singapore Management University for the Singapore Bitcoin & Ethereum meetup, said these are learning opportunities. "The best way to learn which ICOs are worth it is to lose money. Waiting for the wash-out … If you have a viable product … build it first and they will come! I do not treat these technologies as investments but learning opportunities.”

2017 may just be the year of the ICO yet. Whether it’s a bubble or it ends up to be a sustainable means of raising capital for startups and established businesses alike, we have yet to see. For now, it's a learning experience that we can all potentially profit from.