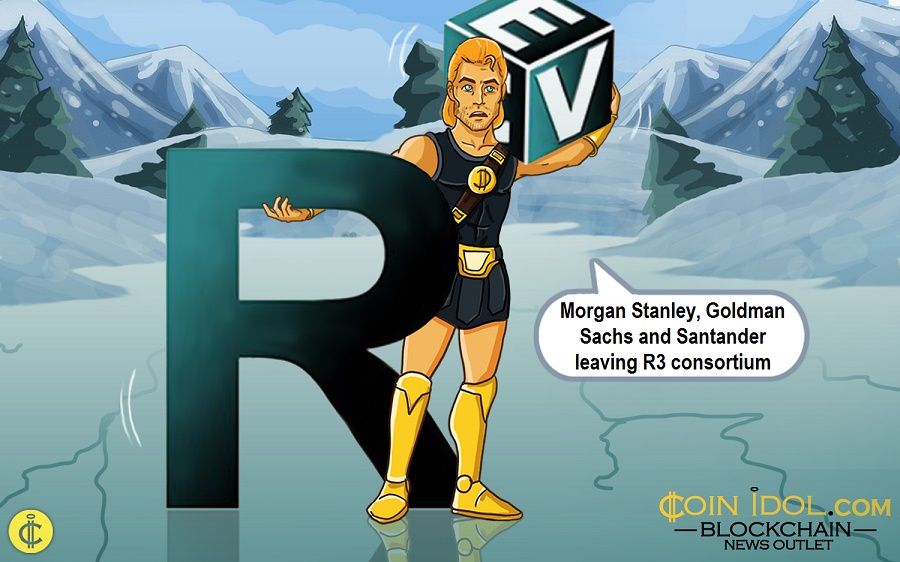 Morgan Stanley, Goldman Sachs and Santander are reported to be dropping their membership in the R3 CEV Blockchain consortium.

According to a report by the WSJ, Morgan Stanley doesn’t plan to invest in a $150 million equity funding round meant to develop the Blockchain technology’s infrastructure. Moreover, two other major R3 Blockchain consortium’s members, Goldman Sachs and Santander, also decided to quit the blockchain-banking consortium.

"We have made the decision to abandon the consortium," said a spokesperson of Santander about the bank's decision to leave.

However, to date there are no official details about the reasons these major banks are leaving the R3 Blockchain consortium. The decisions came out soon after an announcement about changing the structure of the deal. R3 plans to raise $150 million from bank members in its latest round of equity funding, giving banks a 60% equity stake in exchange for the funding and 40% to R3. National Australia Bank and other smaller companies plan on not participating in the funding round too.

David V. Duccini, lead developer of GiveCoin 2.0  and founder of the Strength in Numbers Foundation, commented to CoinIdol.com:

“Their CORDA platform is long on promise and short on delivery. They have oversold, like so many in this space, their abilities to deliver. R3 is NOT on par with an ANSI, or an X.9 group. And I think that Goldman and now Morgan Stanley decided that giving money to a group that didn’t have the horsepower to deliver a product that ultimately would benefit their competitors more than themselves was not tenable.”