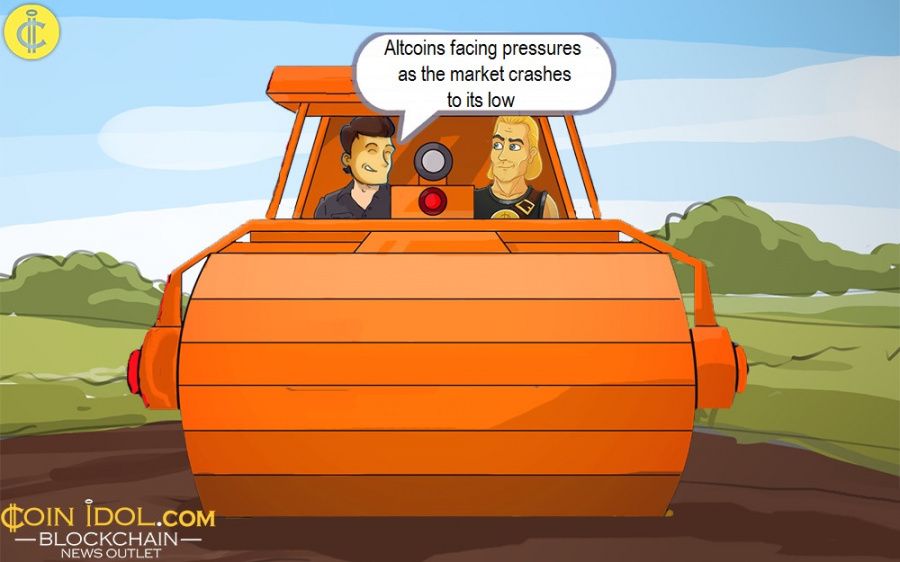 Enjin Coin, Holo Coin, Ontology and VeChain are in a sideways trend as the coins fail to break their respective overhead resistances. OmiseGo is in the overbought region as the market crashes to its low.

Enjin Coin was previously in a sideways trend since July 2019. In February, the bulls break the $0.1000 resistance and price reached a high of $0.169000. The price was resisted as it pulled above the support of $0.1000. The bulls made a second unsuccessful attempt at the $0.16900 resistance and the market finally dropped to the lower price range. 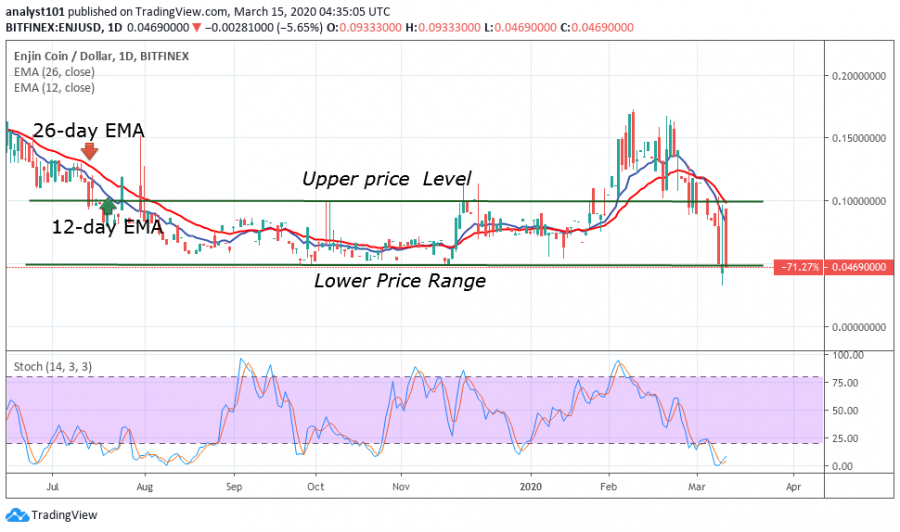 Enjin Coin is likely to resume a range-bound movement within the confined range. It lacks buying power at a higher price level. The pair is in the oversold region of the market. We expect buyers to emerge to push the coins upward. 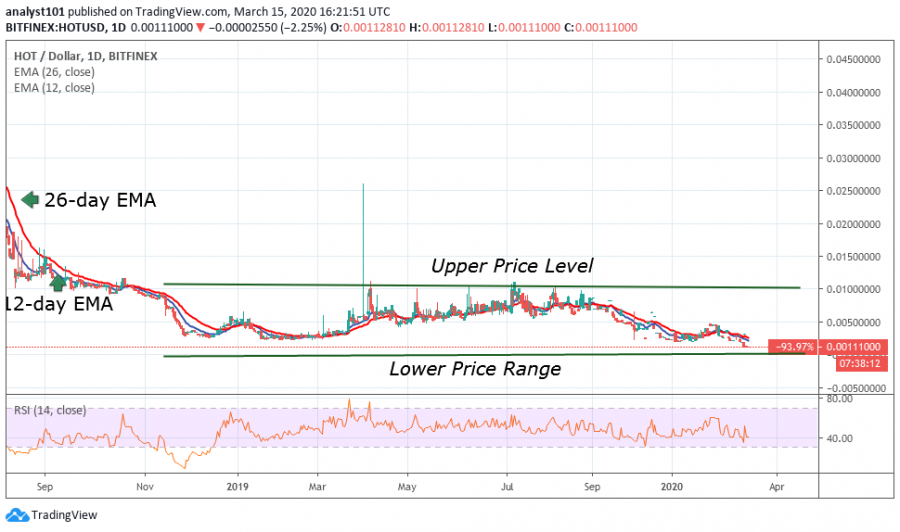 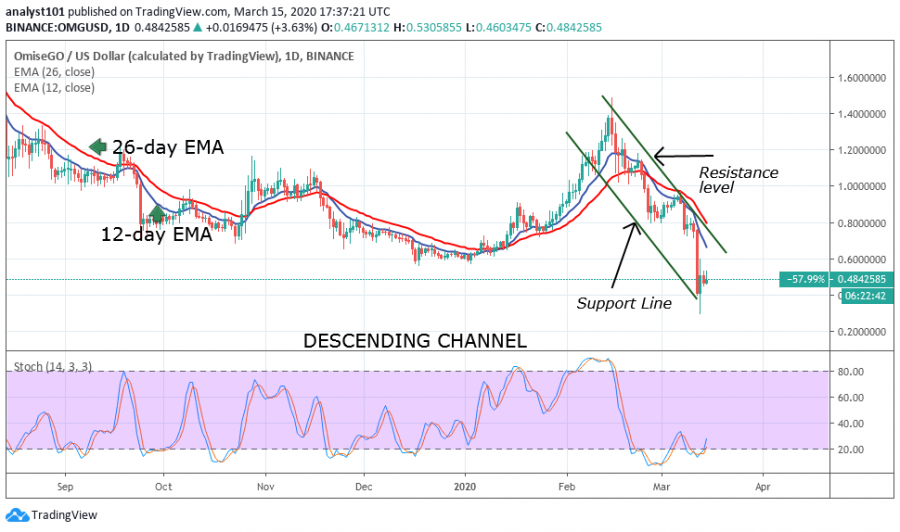 The market dropped from a high of $1.400 to a low of $0.49. The sharp fall to the low of $0.49 makes the coin to be in an oversold region. In other words, OMG will make an upward move as buyers are likely to emerge.

Ontology has been in a sideways trend since July 2019. The coin has been trading below $1.100 resistance. The bulls have not been able to break the resistance as the market continues to trade below it. 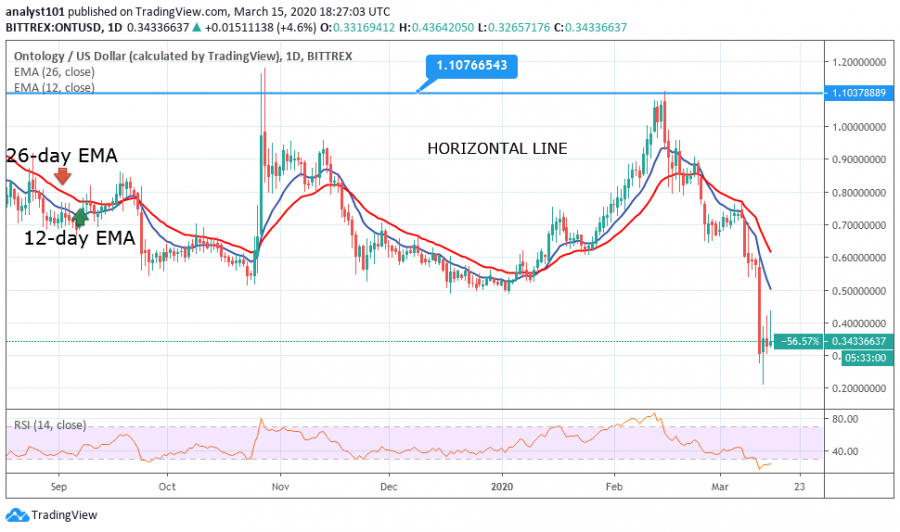 Recently in February, the bulls tested the overhead resistance and were resisted. The coin dropped sharply to a low of $0.346. Meanwhile, ONT is at level 25 of the Relative Strength Index. This indicates that the coin is an oversold region and that buyers are likely to emerge.

VeChain is currently in a sideways trend since November 2019. The bulls have made three unsuccessful attempts to break the resistance. In the first and second attempt the bulls were resisted and the market fell to the low of $0.005. In the third attempt, the market fell sharply to a low of $0.002. 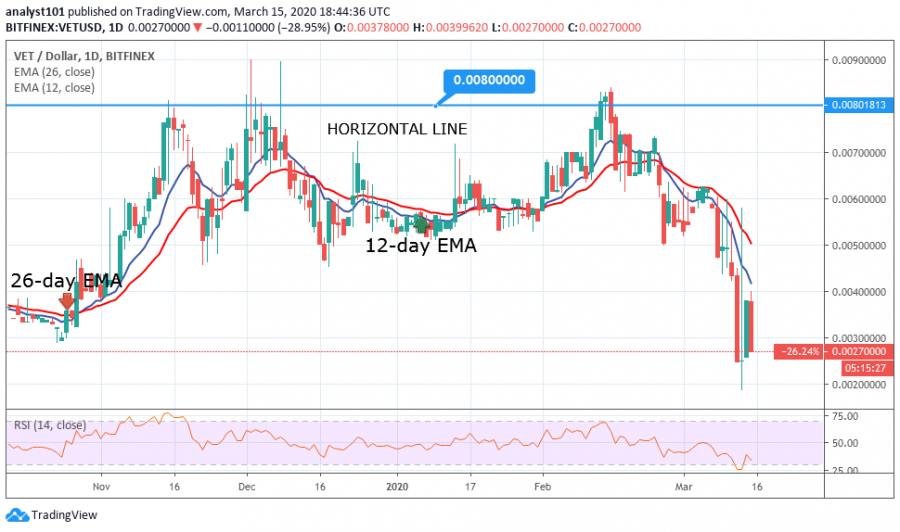 Meanwhile, VET is at level 33 of the Relative Strength Index. The coin is approaching the oversold region of the market.