40% of Enterprises Regard Blockchain Tech as Being 'Overhyped' 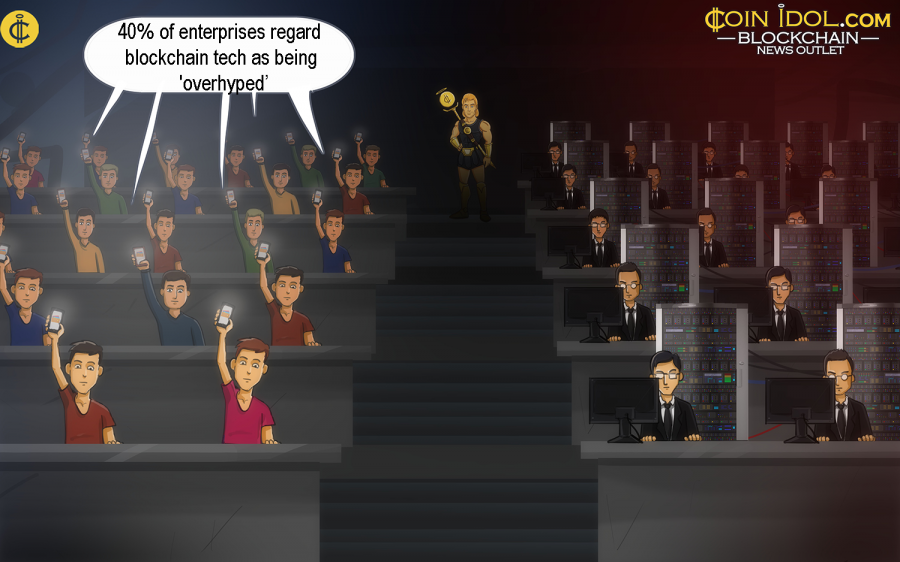 The world Blockchain survey shows that nearly 40% of the respondents were believing that Blockchain was "overhyped."

The research in which more than 1,000 Blockchain-savvy executives at companies boasting yearly revenues of $0.5 billion or above in the US, Mexico, China, Germany, UK, France and Canada were polled, this ken was larger in the global's biggest economy.

“Despite enterprise digital respondents’ interest in blockchain’s capabilities, nearly 39 percent of the broad global sample said they believe blockchain is “overhyped.” In the United States, this number is higher: 44 percent of respondents view blockchain as overhyped, up from 34 percent in 2016,” notes the survey.

Be Strong and Courageous

One of the reasons for this ken was the sharp increase in the values of tokens over the past one and a half years. In addition to that, this could be a clear mirror of a move towards pragmatism in the world of Blockchain.

“Because we are still early in blockchain’s development, these fits and starts in its maturation are not surprising,” the survey noted.

France and Mexico registered the biggest percentage of companies making major investments at 20% and 21% respectively. Canada, Germany and China recorded 12%, 18% and 12% respectively.

The gear has also moved from a focus on learning and discovery to the identification and development of more practical business model applications.