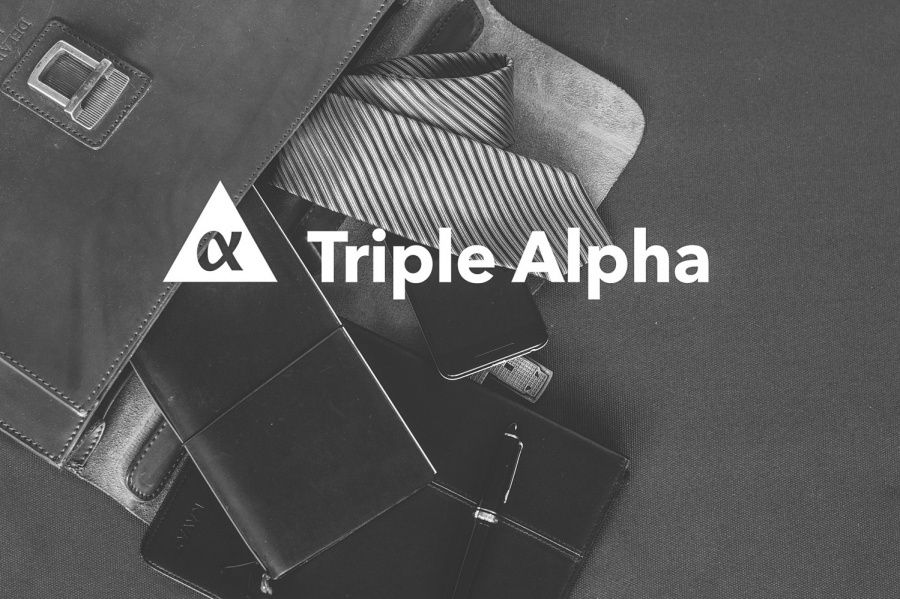 November 27 the Pre-ICO of Triple Alpha project has started. It aims to eliminate any access restrictions to the assets management industry for private investors around the world. Triple Alpha is revolutionizing the in-ternational asset management market, taking a niche with a minimum $100 - the entry threshold for investors and a yield above 10% per year.

Triple Alpha is a project based on unique trading algorithms previously available only to hedge funds clients. The algorithm of choosing the best shares in combination with a unique market-neutral strategy will allow investors to receive a profit significantly higher than the market not only in a steadily growing market, but also during financial crises.

Thanks to the structure of an exchange traded fund (ETF), access to Triple Alpha algorithms will be available for investors all over the world, regardless of the amount they are ready to give to the management. At the same time, the investor will receive significantly bigger income in comparison with the fixed income instruments - Eurobonds, state bonds.

Triple Alpha will allow to go beyond the borders of one country, since the main task of the project is to create ETFs, which trade on the world's largest exchanges, for the most convenient delivery of the algorithm to all willers. The goal is to give access to the best technologies for investing for a wide audience, but not just for a small closed club of hedge fund clients.

Core market and its scope

Currently, the most attractive investment product is hedge funds, using advanced mathematical algorithms. But hedge funds set a minimum amount of customer investment of hundreds of thousands, and sometimes millions of dollars, which are only available to people with very high incomes.

The last significant breakthrough in the asset management market is ETFs (exchange traded funds). It is available to investors with relatively small incomes. The first ETFs were created in the 90s, and now the amount of funds in these funds is more than $4 trillion.

The most convenient thing in ETF is that anyone can buy and sell it through his brokerage or bank account. At the same time, the segment of actively managed ETFs is only a small fraction of the total market assets (only $57 billion), while the share of Long-Short ETFs is even smaller. Only in the US, the largest ETFs market in the world, the size of Long-Short ETFs assets is only $ 412 million.

Role of the blockchain

The issue of Triple Alpha Token Sale will be realized within the Ethereum blockchain. The token can be purchased after the funds arrived at the ICO smart contract address with the open Solidity code. The open code gives investors an opportunity to make sure that the issue passes on the parameters specified in White paper. Funds invested in other cryptocurrencies will be automatically converted into Ethereum.

Unique features of the project

The key value of the Triple Alpha project is a self-learning algorithm that collects for investors the best portfolio in terms of risks and returns. The algorithm works according to the project of a market-neutral strategy developed by the team, which brings profitability above the index, without correlating with general market movements. This will allow investors to receive income not only in the steadily growing markets, but also in periods of falling markets and financial crises.

Triple Alpha uses one of the most advanced approaches in asset management: a market-neutral strategy. Its meaning is to reduce the market risk or the beta of the market to zero. The algorithm ensures the independence of the strategy results from the dynamics of the stock market.

Depending on the amount which will be involved in the ICO, the project will create a different infrastructure that will allow the project technology to be delivered to more and more people:

A system of automated management of customer accounts (Managed Accounts) will be created for $1 million involved in the ICO. For this, the project algorithms will be integrated with one of the global brokers, for example, with Interactive Brokers. The limitation of this approach is that such accounts open from $ 10,000, which is a significant obstacle for many people.

In the amount of $3 million, in addition to the above structure, there will be a listed fund (ETF). Thus, any person with a brokerage account will be able to access our technology, since usually the cost of one ETF is up to $ 100.

With the attraction of an $10 million ICO, it will be possible to create

several traded funds on the exchange. This will allow the most diverse representation of the project algorithms for end users, and in addition to place these funds on different exchanges, which will make it possible to receive income not only in dollars, but also in other currencies.

Triple Alpha plans to issue TRIA infrastructure tokens for a total of $ 10 million. TRIA can be purchased for ETH, BTC, DASH and LTC on the official Triple Alpha website.

Triple Alpha plans to issue TRIA infrastructure tokens for a total of $10 million. TRIA can be purchased for ETH, BTC, DASH and LTC on the official Triple Alpha website. The Crowdsale funds participants will be used to create the fund. Tools for management will be attracted by classical methods.

Ilya has 7 years of experience in creating quantitative models used for forecasting the stock market, fixed income instruments and developing arbitrage strategies for volatility. He graduated from the Economics and Mathematics Department of the Plekhanov Russian Economic University. Since 2010 he has worked in the field of Quant Research. In 2014, together with Samit Yakovlev, he founded the company ArtQuant.

Asset manager with 20 years of experience. 1995 he started his work in the stock market as a shares trader in United City Bank, later sold to the British investment bank Flemings. Since 1998, Samit Yakovlev has been a partner and head of trading. 1998 Samit entered top five best traders in Russia according to the magazine "Dengi". 2000, together with the former president of the bank, he founded the asset management company Marquard-Spectrum, which manages more than $200 million portfolio of shares in the hedge fund of absolute income. The fund managed by Samit showed an average annual yield of 20%. He is the Founder and Managing partner of Marcuard Spectrum, Inventum Group and AlgoMost.

Peter has gained many years of experience within the international financial markets, working in Morgan Stanley and Barclays Capital. Peter received an MBA from the Chicago High School of Business (Booth). Before that he graduated from the Moscow State Law Academy. He also studied at the Hong Kong University of Science and Technology (HKUST).

Ilya Filippov, Founder and CEO of Triple Alpha: «Customer asset management is one of the largest branches of the world economy with assets of $ 64 trillion. At the same time, the most profitable "traditional" investment product - hedge funds - has obvious drawbacks. The minimum threshold of entry at the level of one million dollars, the total lack of transparency in the formation and management of the portfolio and the fund commission up to 30% are factors that significantly limit the audience of these products.

Triple Alpha intends to eliminate any restrictions on access to the asset management industry for private investors around the world. The Triple Alpha Foundation will give a wide audience access to the best investment technologies based on the highest quality algorithms, built on machine learning and analysis of huge data layers.

"Super-profitable" investments in crypto-assets are subject to the huge volatility of the young emerging market, while the existing equity investment tools have serious limitations and suffer from low operational transparency. Triple Alpha is revolutionizing the international asset management market, occupying a niche with a minimum - from $ 100 - entry threshold and yields well above 10% per annum».