May 31, 2019 at 13:05
JPMorgan Offers Privacy Feature Similar to Monero Cryptocurrency
Every individual, company or organization needs privacy in one way or another and that is why the cryptocurrency community has for quite a long time been calling for it. After hearing the major privacy concern in the blockchain and finance sector, JPMorgan Chase assembled its tools and created a privacy feature for Ether-based blockchains which is fully companionable with the smart contracts platform. The novel feature will be working in the same way like Monero’s anonymity, additionally, it will not be displaying the details of both the sender and the receiver, and go on to store the amount transacted in a more transparent manner.

Feb 15, 2019 at 17:32
Monero to Prevent ASIC Mining, Hard Fork Scheduled for March 9
XMR developers, and the whole team at large, are ready and in high gear to fork their network on Saturday, March 9th 2019 in order to lower the effectiveness of ASICs (application-specific integrated circuits). The hard fork might cause a change to the Monero proof-of-work (PoW) algorithm and also lower the hash rate competences of ASIC miners by a significant factor of over 2.5.

Jan 12, 2019 at 11:33
Cryptojacking is the Agent for Over 4% of Monero’s Circulation Supply, Study Reveals
Monero (XMR), the 14th largest Crypto by market cap, has confirmed its position as the most famous token with cryptojackers, even surpassing Bitcoin (BTC) – the world’s leading cryptocurrency. Monero is currently trading at $45.65 USD (-14.16%) and its market cap is $762.3 USD million. 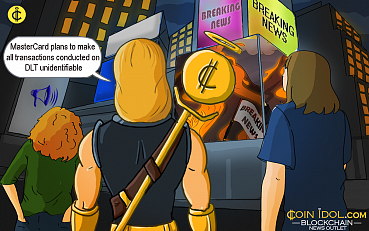 Dec 12, 2018 at 18:42
MasterCard Officially Files Patent Defining a Method of Hiding Crypto Transactions
There is a common misconception among foreigners to the crypto ecosystem that the criminals use blockchain technology because of the privacy feature it grants them. Though this seems not completely right. Several public blockchain technologies are highly fictitious and imaginary and anyone could with ease see another person’s transaction chronicle on the distribution ledger technology (DLT). 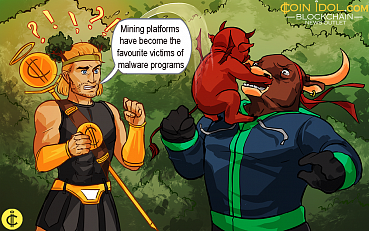 Dec 03, 2018 at 16:51
Crypto Mining Malware has Become a New Way of Tricking Innocent Users
Ransomware has always been the main means of getting access to easy money for cybercriminals. However, the tendency shifted since new powerful financial technology began to evolve. Cryptocurrency mining platforms, especially those focused on Bitcoin and Monero, have become the favourite victims of malware programs. 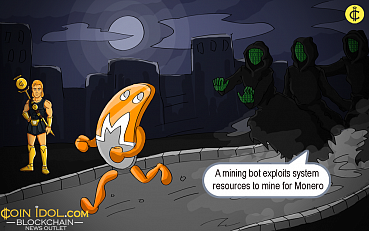 Oct 15, 2018 at 13:03
Latest Adobe Flash Malicious Malware Includes Crypto Mining Software
Agreed, Adobe Flash still works, regrettably, and that means it's still employed as a method to target ignorant users with malicious malware. As you would think, the latest malware to attract big attention masks itself as an update to Flash to trick users into installing malevolent software. 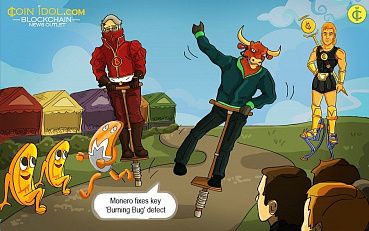 Oct 02, 2018 at 14:50
Monero Fixes Key 'Burning Bug' Defect, Stopping Mass Devaluation
The creators of Monero (XMR) know it as the "burning bug" and they might have done nothing about it if a faceless user hadn't posed a clumsy hypothetical query on the crypto's subreddit last month. 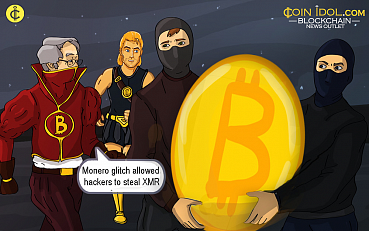 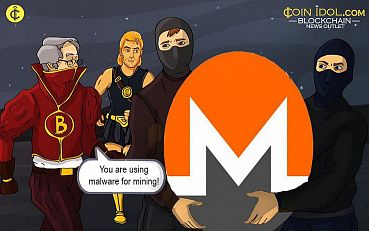 Jun 14, 2018 at 15:50
Up to 5% of All Monero Currency has been Mined Through Malware
A report submitted by the researchers of Palo Alto Networks has shown that over 5% of all Monero digital currency currently in circulation has been mined with the elp of malware. More than 2% of the total hash rate per day is created by the devices infected with cryptocurrency mining hardware.