A Platform that Will Solve All Your In-Game Currency Problems with Ease - GAWOONI ICO! 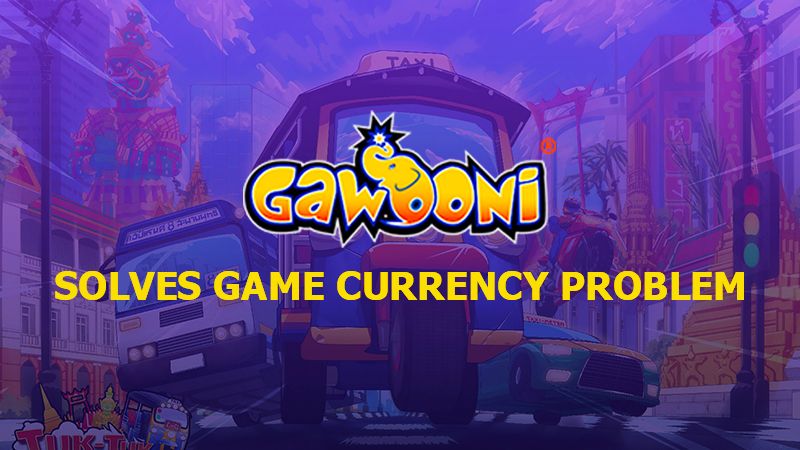 Gawooni is a developer and game publishing company that publishes games on pc and mobile headquartered in Europe.

Gawooni has been in the gaming market since long and has efficiently gained millions of gamers. They have also recently developed and published games for mobile and pc named TUK TUK RUSH, JUNGLE RUSH AND NAVAL RUSH. The company already has offices and teams in various countries such as Germany, England, China, Thailand and India. One of the founder of the company Frank has been in the gaming industry since 20+ years and has been active in India and South East Asia. The main goal of the company right now is focusing on emerging digital market of South America, India, and South East Asia.

Just like IPO i.e. Initial Public Offering, ICO is involved with crypto currency which will enable the gamer to purchase in-app upgrades and enjoy the smooth flow of games and it is not just for gamers but also for publishers and advertisers.

Gawooni ICO is one of a kind as it has already established markets in Thailand with 70000 people already playing their developed games and also has been expanding in India and South East Asia.

GAWOONI IS THE FIRST ICO WITH GERMAN-BRITISH ROOTS AND A WELL-ESTABLISHED ASIA-PACIFIC BASE. JOIN US, MAKING THE GAMING DECENTRAL, AVAILABLE AND JOYFUL FOR EVERYBODY.

People who participate in Gawooni ICO will profit from various things like:-

-Over five games under development with high user interest and are titled as AAA’s.

- Has amazing third-party cooperation which also offers various opportunities including blockchain-based set-ups or Artificial Intelligence, Augmented Reality and Virtual Reality solutions so that developers can develop better than before with accuracy

- Gawooni gaming platform, that provides the users with lots of opportunities, advantages, bonuses, discounts and a solid expanding gaming universe by including crypto and fiat currencies to game better and enjoy some hardcore experience.

- Gawooni already has a huge amount of following gamers and there are over 1.2 billion gamers which can join soon.

- Gawooni has an impressive list of references and endorsement supporters from various countries.

- Gawooni aims to create an ecosphere that will kill any interference and will combines b2b - and b2c-opportunities for companies and gamers.

- Solving in-game purchase problems by introducing a utility token (GWON) and a coin that refers to that opportunities and offers more than a one-dimensional in game payment solution.

There are a number of monetization models that can be used in games powered by GWON token — depending on the game design, game developers could implement only one or all of them.

·         Subscriptions, which are based and charged based on elapsed time, and which enable game developers to provide time-based services like power-ups, ranks, or unlock website content for subscribed users.

·         Microtransactions, which can be used to monetise games by selling cosmetics, in-game items and other types of virtual goods.

·         Game-as-a-token, where game developers could tokenize game accounts and sell them for a fixed price.

It’s important to emphasize that all of these monetisation options will inevitably result in increased player loyalty, due to items being hosted on the blockchain, meltable, easily tradable — and safe from theft.

The reason is simple Gawooni has been targeting emerging markets hence the profits it will gain is huge due to 1.2+ billion gamers around the world and as new games are published more and more gamers are being introduced to the gaming community,everyone invests in order to gain profits and these types of investors can be profited by it.

For gamers: - investing in ICO will get them GWON which can be converted into GWON coins or tokens. GWON coins are in-game currency that will help gamers do in-app purchase at reasonable and discounted price so that they can play more and spend reasonably.

For Advertisers: Advertisers who wishes to advertise on the gaming platform can easily pay via GWON coin and advertise at discounted price hence the company and the advertiser both will be earning huge.

For Game Publishers: If any game publisher who wants to publish through GAWOONI’s platform to mass number of audience so that it can be played by millions in short time can do so using the GWON Coin.

Gawooni is also working on an online competitive platform that will allow gamers to compete in various AAA games and they can spend Gawooni coins to upgrade their game character to complete levels faster and win big.

All of these activities negatively impact games, its players, and ultimately, its revenue. Player churn directly and indirectly impacts top line revenue, but bad activity has other financial consequences for games as well.

When an account is hacked or a virtual world is filled with cheats and bots — players will leave a game and take their money elsewhere.

Games built with GWON token from scratch will be able to eliminate these issues in numerous ways. For example, by ensuring that valuable in-game items on the blockchain would have their value based on player creativity and/or intellectual abilities — not on grinding which can be easily automated.

Gawooni will Disrupt the Gaming Industry

Let me hit you with a scary beautiful thought.

Imagine a world where gamers and game developers collaborate to create real-life value. Where micro-transactions are ethical. Where malicious players are a distant, unpleasant memory.

A single, semi-decent blockchain-powered game can have a market cap of over millions.

What about ten? A hundred?

Imagine the pure, unrelenting power such a decentralised ecosystem would have over the gaming industry as a whole.

How beautifully complicated and brilliantly elegant that meta-economy would be. Millions of items being created and traded every day, games interlinking, gamers connecting, game developers innovating, collaborating and creating — all powered by a simple, cyan-purplish token.

Ponder the technological tsunami that would bring fairness and purpose to gaming.

Imagine a world where creative freedom of game developers is not limited by fiat-powered monetisation models.

It could change gaming — forever.