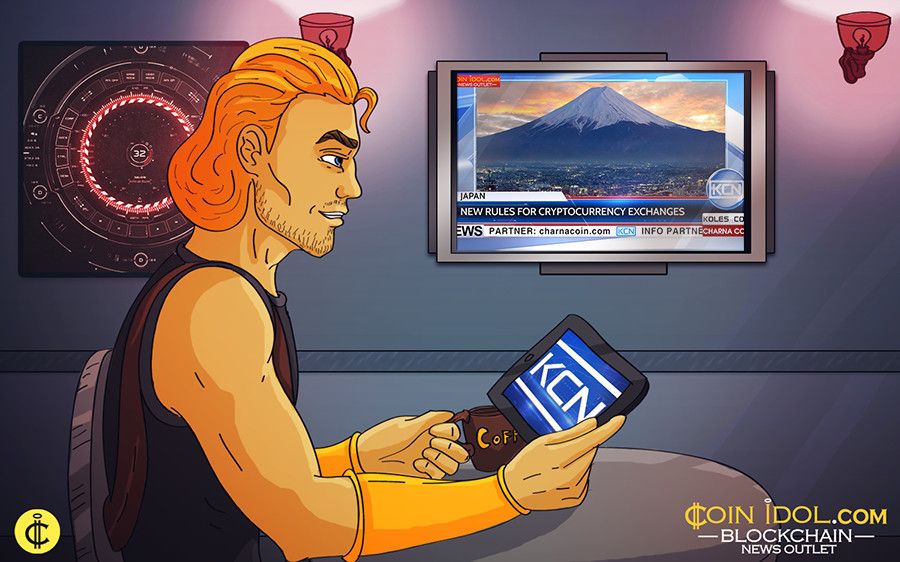 The Monetary Authority of Singapore is pushing the borders. Monetary Authority of Singapore announced a cooperation agreement with the French Prudential Supervision and Resolution Authority and the Financial Markets Regulator in France. The agreement creates a framework under which all parties will be able to share information about newest Fintech trends and identify potential joint innovation projects along with the possible regulatory issues. Agreement will enable FinTech companies authorised in Singapore and France to better understand each regulatory environment and to boost FinTech cooperation between two countries.

New rules for crypto exchanges in Japan. Following the example of China, the Japanese Financial Services Agency required crypto exchanges to identify customers. Changes to the laws on "payment services" and "on the prevention of transfers of funds from criminal activities" will come into force on the first of April, 2017. The largest exchanges of the country have already posted new requirements on their websites and call their clients to open accounts before the new law comes into force. Particularly, it will be necessary to specify personal information such as: the address of actual residence, profession, trade purpose and identity documents.

Blockchain project from the European Union. The executive branch of the European Union is developing the concept of a regulator technology based on blockchain. The aim of the project is to raise awareness of the technology among European Union regulatory communities. The pilot project will be funded by the European Parliament. Currently, the commission conducts public consultations to analyze the effectiveness of pilot development.

Gossips about bitcoin's illegality in India are exaggerated

The refutation of rumors about the cryptocurrency illegality in India. The media of the country put forward the assumption of bitcoin illegality after the statement of Kirita Somaiya, representative of the ruling party of India, about bitcoin as a "dubious currency" and a financial pyramid. India's largest crypto exchange, Zebpay, refute an allegations of bitcoin illegality by statement in their blog. The representatives of the exchange noted: "No, that is not true. Nothing has changed regarding bitcoin’s legal status in India this week. Bitcoin is legal under all existing laws. All Indian exchanges, including us, continue to operate in the same regime".

Consulting firm unveils a map of blockchain startups. Frost & Sullivan, leading consulting firm, in a partnership with blockchain venture builder Outlier Ventures, has mapped 130 major blockchain startups into their key activity. According to the startup map, the companies have been classified into different 19 categories pursuant to the potential scope of appliance for their products.

Polish startup conquers the British market. Blockchain start-up Billon, that works in the field of electronic money transfers, opened a head office in London. The company became one of the first participants in the Financial Conduct Authority's regulatory sandbox program. Recently, Billon completed the testing of corporate payout system for Conduct Research, through which more than one hundred employees had the opportunity to use the mobile application in the Paypoint network to manage their accounts. David Putts, Billons chairman noted: “Billon’s systems enables banks to reduce operating costs by 90% and offer value-added corporate and merchant services”.

Emercoin solved a problem with blockchain. The development team has released an update to the cryptocurrency's software. Version zero point six point one (0.6.1) fixed a bug in the indexing subsystem of blockchain, which caused a sudden update. The developers assure that it was not a fork, but a local error, so all data and money of the users will be kept safe. The update is compulsory and will last for about an hour. In case of untimely update, there is a risk of blockchain freezing, and a non-updated client will reject new blocks from the Emercoin network.

Bitcoin pass to the Schnorr signature

The developers of Bitcoin Core published a new road map. The project implies the introduction the signature of Schnorr, instead of the current ECDSA. Developers claim that each signature, with the exception of one percent transactions, will be compressed to one byte, and the analysis will reduce the amount of data by at least 25%. The current size of the bitcoin’s block is about 110 GB. As the same time, the complexity of implementing the project to activate the SegWit protocol. Greg Maxwell developer of Bitcoin Core noted: «I doubt this would be done without SegWit, though it could be».

Increase in the level of blockchain-education in Africa. Blockchain Academy, based in Cape Town, South Africa became a partner with the Satoshi Center - a bitcoin project from Botswana, Africa. Trainings on bitcoin and blockchain from Academy will be held in Botswana from the first to the second of May (1-2) twenty seventeen (2017) on the Satoshi Center base. Creating decentralized applications with the help of Bitcoin Core team is the main goal of education. Sonya Kuhnel, Managing Director of the Blockchain Academy, noted: "We are seeing a real demand for blockchain skills in South Africa and we expect to see this in Botswana among other African countries soon, as companies are starting to research and build proof-of-concepts with blockchain technology."

Tags
KCN Japan EU France Singapore
Most Popular
Aug 24, 2019 at 12:20
News
TradeSanta : Enhancement the Automatic Trading in Cryptocurrencies
Sep 03, 2019 at 13:36
News
Paycent Gears Up For the Biggest Trading Contest in the History of Crypto: Live September 3-rd on Binance DEX
Nov 21, 2019 at 09:10
News
Metaverse DNA To Leverage The Community For Its Blockchain Network Governance
Apr 16, 2019 at 12:05
News
A New Era of Public Chain: Ultrain Launches its Mainnet
Jan 13, 2019 at 12:53
News
ICOBox Founder to Make His Company the Leader of the Emerging Security Token Market
×