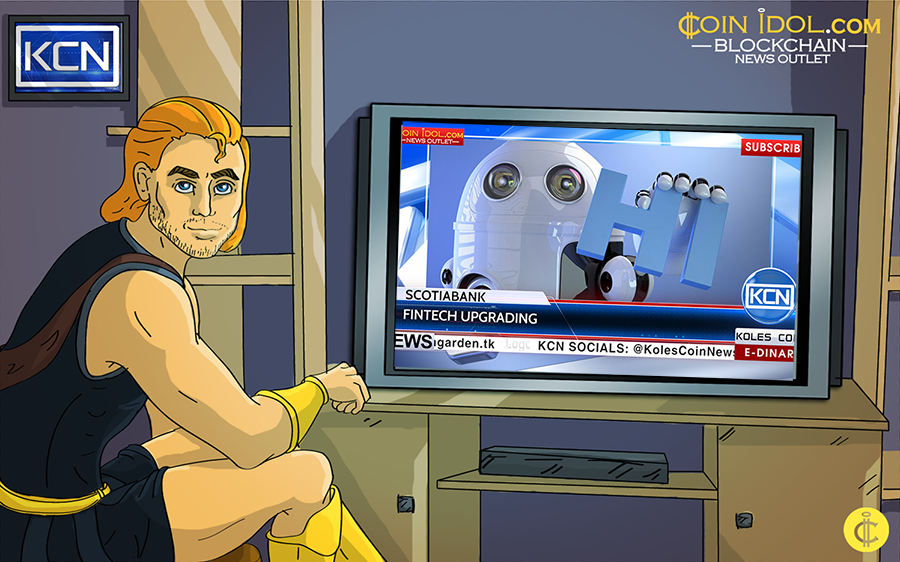 Nod of approval from Swiss Finance Regulator. Bitcoin company Xapo announced that it has received “conditional approval” from the Swiss Financial Market Supervisory Authority (FINMA) to do business in their country. Xapo relocated to Switzerland in mid-2015, citing customer privacy concerns at the time as it looked to shift away from its operations in California. In the company’s official blog, CEO of Xapo, Wences Casares wrote “We wish to commend FINMA on their professionalism throughout the approval process”.

Canadian bank adopts blockchain. Bank of Nova Scotia is developing blockchain and artificial intelligence. The bank integrated a payment system of blockchain with biometric scanning to identify an employee: the stuff could pay for food with a quick hand swipe through a scanner without using money. Also the bank showed the applying of artificial intelligence through a "chatbot" to help the customers with banking. Shawn Rose, Scotiabank's executive vice president of digital banking, said: "Such upgrade will help the bank to become a leader in FinTech." Scotiabank has opened similar hubs in Mexico, Peru, Chile and Columbia.

The Blockstream company has introduced a new whitepaper of sidechain project. Technical description is called Strong Federations and contains updated mechanism for consensus and trust model, and a description of mechanisms for the return of funds sent to the parent chain in the case of failure. “This whitepaper is a result of experiments with SegWit and Confidential Transactions”, - said developer of Blockstream Andrew Poelstra. Sidechain with Confidential Transactions Protocol will provide a greater protection of users privacy.

A day dedicated to FinTech on Anarchapulco conference

Anarchapulco dedicates a day to FinTech. Anarchapulco Freedom Conference is an anarcho-capitalist event that will take place in Acapulco, Mexico. The conference will embrace philosophy, economics, entrepreneurship, politics and cryptocurrency throughout February 25-28th. The last day of Anarchapulco dedicated to cryptocurrencies and blockchain technology, including such experts as Tone Vays, Dan Larimer, Trace Mayer, Roger Ver and Tatiana Moroz. Cryptopulco will be included in the Anarchapulco event ticket but can also be purchased separately.

Europe restricts payments. European Union published a Roadmap with proposal to restrict payments in cash and cryptocurrencies. According to the document called Inception Impact Assessment, cash transactions’ anonymity can be misused for money laundering and terrorist financing purposes, so cash payment restrictions will be able to make fighthting criminal activities possible. The roadmap also restricts cryptocurrencies, which are not regulated in the EU. “There is no reporting mechanism equivalent to that found in the mainstream banking system to identify suspicious activity”, the Commission explained.

BitGo and Ledger teamed up to create a new product

The new word in the creation of digital wallets. BitGo and Ledger teamed up to create a new product that combines BitGo security system and hardware solutions for digital currency Ledger. Owners of Ledger Nano S and Ledger Blue purses can already tests the results of a team work and get a 15% discount.