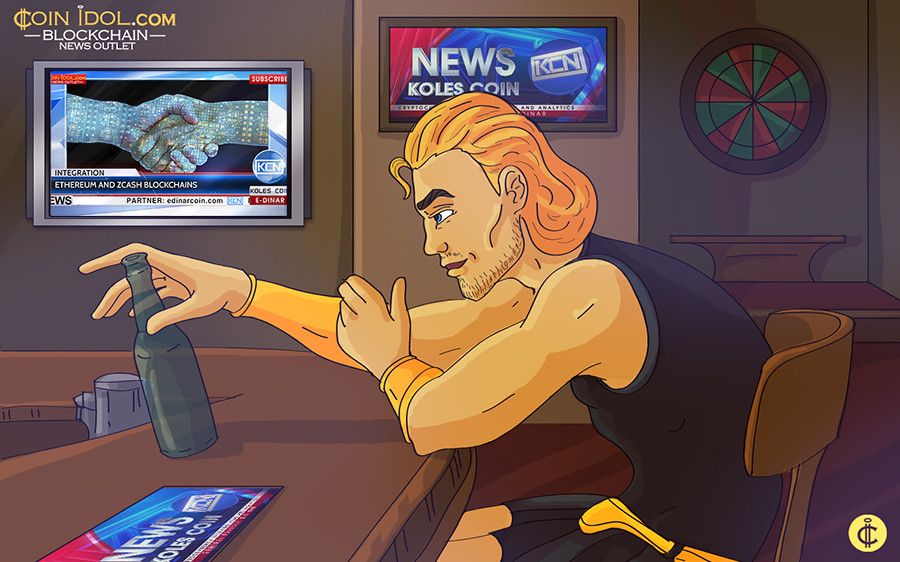 New bloсkchain technology in the UK

Gold trade via blockchain. The Royal Mint announced about launch of the digital platform of gold. They also said about cooperation with CME Group, the derivatives market, with which they will to develop their product. New digital gold called the Royal Mint Gold, about 1 billion in gold bullions, will be stored at the Mint in Wales.

“Bitcoin” - a good or bad brand name? Many people find the name Bitcoin an “unattractive” brand name. Guy Lepage, partner at Blockstack, in his article “Bitcoin has a brand problem”, specified a list of reasons why Bitcoin need to be to renamed. One of many reasons is the value of name - “Plastic coins”. But not all the such opinions, Microsoft will soon include a Bitcoin symbol in its Excel Accounting and Currency formats. Write in the comments, what are your thoughts about changing the Bitcoin name.

Ethereum and Zcash: association of the blockchain

"Decentralized exchange" between the two blockchain-based networks. Members of the Ethereum R&D team and the Zcash Company are collaborating on a research project addressing the combination of programmability and privacy in blockchains. In a blog post, Ethereum Foundation team lead Christian Reitwiessner and Zcash Company engineer Ariel Gabizon, wrote: "We tested the new code by successfully". Connecting these two blockchains and teams it is the natural way to bring to life applications requiring both.

E-Dinar Coin is recognized the best cryptocurrency. E-Dinar Coin will take part on the Annual Conference of the finance and technology to be held in China on the 16th of March, 2017. According to the conference organizers, E-Dinar Coin entered the list of the leaders of financial technology, and scored the greatest number of votes in the survey results. This year the organizer of the conference is the Union of Financial Technologies, Shanghai.

Zcash, is the cryptocurrency which appeared not so long ago, but already is believed to be more anonymous than the long-standing bitcoin. Like other different new interesting things, Zcash attracted the attention not only interested in cryptocurrency people's, but also hacker's. - Hackread report. While founder and CEO of Zcash, Zooko Wilcox commented: “We recommend for security companies, like Kaspersky, to detect this kind of activity and to prevent, their software should alert users when potentially malicious software is will be found, and give the user the option of shutting it down their”.

The SEHK will modernize with blockchain

d10e announced a conference in Bucharest

Leading Conference on Decentralization will take place in Bucharest. d10e organizer of the event, a conference devoted to exploring the future of financial technology, blockchain technology and other relevant topics, which will be opened to the public by 19 top speakers: David Orban from NETWORK SOCIETY VENTURES, Charles Hoskinson from Iohk, Craig Sellars from Tether, Martin Koppelman from Gnosis, Chris Bates from Bitland, Bruce Pon from Bigcaindb, Mike Costache from Future VC, Sinclair Skinner from Bitmari, Joshua Burke - US representative in Romania, Brock Pierce from Bitcoin Foundation and others. d10e awaits everyone from the 21st to the 22nd of February in Bucharest, Romania.

Tags
KCN Zcash Ethereum Bitcoin
Most Popular
Aug 24, 2019 at 12:20
News
TradeSanta : Enhancement the Automatic Trading in Cryptocurrencies
Sep 03, 2019 at 13:36
News
Paycent Gears Up For the Biggest Trading Contest in the History of Crypto: Live September 3-rd on Binance DEX
Nov 21, 2019 at 09:10
News
Metaverse DNA To Leverage The Community For Its Blockchain Network Governance
Apr 16, 2019 at 12:05
News
A New Era of Public Chain: Ultrain Launches its Mainnet
Jan 13, 2019 at 12:53
News
ICOBox Founder to Make His Company the Leader of the Emerging Security Token Market
×