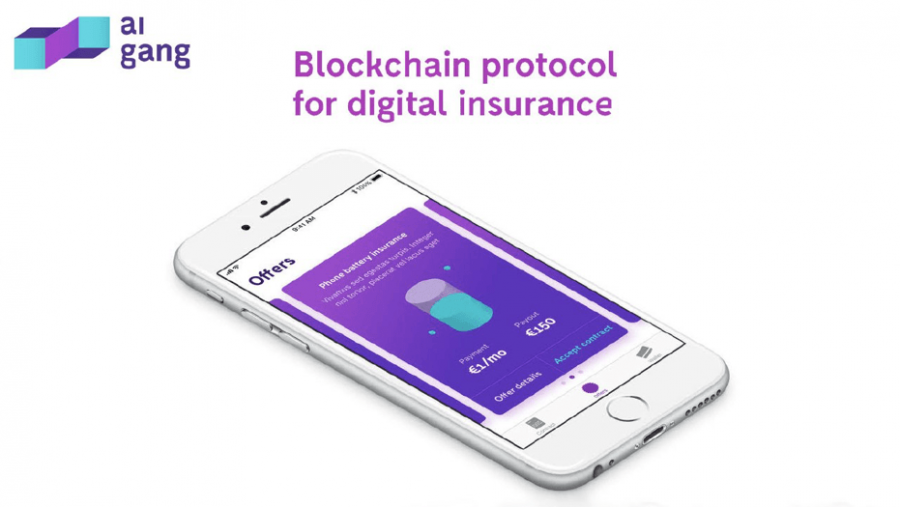 The announcement marks the beginning of a fully Autonomous Organization (DAO) marketplace for consumer insurance, made possible through Ethereum smart contracts. The demo app has been specifically developed to work as a smartphone battery insurance highlighting Aigang Protocol, launching on both Apple App Store and Google Play Store. The Aigang app is planned to operate in P2P capacity and as a marketplace for both private investors and insurers, showcasing the potential for simplification of the insurance process. In addition, the app will also offer new users one-month free usage, no long-term contracts and instant payouts.

The unique battery insurance for smartphones is a first of its kind digital insurance and the platform intends to introduce more similar applications in the near future as the technology advances. The company has cleverly innovated its service and used decentralized blockchain technology to bring insurance into the digital age. The insurance protocol is capable of estimating claims through the most recent data and issue payouts instantly.

The Aigang Network has seen a rapid growth this quarter as it has become the world’s first ever consumer insurance to be built on smart contracts. As a result, it is currently in the process of expanding its team of blockchain protocol professionals. The new demo app offers users an understanding of how blockchain technology can enable digital insurance for Internet-of-Things devices. The Aigang Network has also announced more ambitious plans as the company plans to roll out digital insurance for self-driving car and drones in the future.

Users can download the Aigang Network’s blockchain protocol app for Android devices on Google Play Store. Users interested in the iOS demo app on the Apple store are required to submit an email to receive an invite and download it.

The Aigang Network’s blockchain protocol offers next-generation digital insurance for Internet-of-Things (IoT) devices using Decentralized Autonomous Organization (DAO) and smart contracts. The company is making a huge headway into the InsurTech segment, preparing itself for the new wave of technology changes bound to happen in the near future.

The company cautions the users of its latest demo app. Built on Ethereum testnet, the application is not fully functional yet, and there are chances that the users attempting to send funds from their Ethereum wallet could lose their funds.

Aigang  is the source of this content. This press release is for informational purposes only and should not be viewed as an endorsement by CoinIdol. We take no responsibility and give no guarantees, warranties or representations, implied or otherwise, for the content or accuracy.  Readers should do their own research before investing funds in any company.