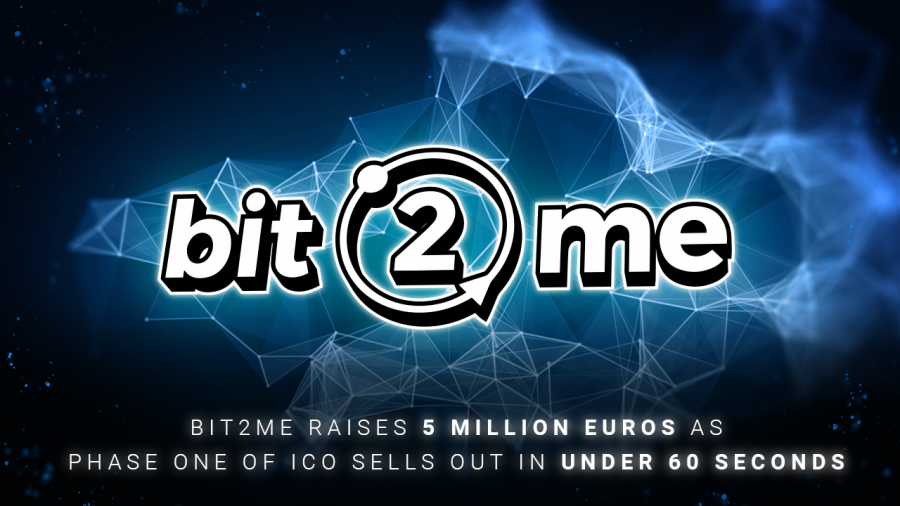 Bit2Me has successfully sold out phase one of the most successful token issue in Spain, raising 5 million euros through its B2M token in under 60 seconds.

Madrid, September 6, 2021 — Bit2Me has closed the first phase of its ICO (Initial Coin Offering) in just 59 seconds, raising a figure of 5 million euros. This is the most successful token issue ever launched in Spain. The second phase will start on September 13 and the third phase on September 21.

The Spanish cryptocurrencies platform had already raised 2.5 million in a private round in early August. In total, it has achieved an investment of 7.5 million euros through its B2M token, which can be reserved from the official website

After the success of the first phase, the company is preparing the second phase of the ICO, which will take place on September 13, with the greatest of guarantees. The third and final phase will start on September 21. It is possible to join the queue for both and schedule a purchase through a form available on the website.

The interest in the ICO was so great in the days prior to the first phase that the company opened operations in 13 other countries in order to meet demand. In this way, citizens of Uruguay, Panama, Colombia, Bolivia, Puerto Rico, Costa Rica, Ecuador, Guatemala, Honduras, Jamaica, Dominica, Martinique, and Guyana had the opportunity to invest in B2M. These countries join the more than 70 others in which B2M operates.

"It was very important for us to demonstrate that from Spain we can also digitally transform the world in the style of Silicon Valley. We are the pioneers in a technology that is revolutionizing the whole planet. We have demonstrated why we are one of the engines driving this disruptive proposal",

One of the advantages for B2M token holders is that they will be able to benefit from discounts of up to 90% on commissions, access better conditions for various associated services, and play a role in governance for certain decisions in the company's future.

Bit2Me is the source of this content. This press release is for informational purposes only and should not be viewed as an endorsement by CoinIdol. We take no responsibility and give no guarantees, warranties or representations, implied or otherwise, for the content or accuracy. Readers should do their own research before investing funds in any company.